Is No Kill No Good?

It happened again. A dog that was known to have aggression issues attacked a person, severely mauling the woman. In this case the dog was in a city animal shelter, and the person attacked, Priscilla Romero, was a kennel worker with 10 years experience. Now, before you go dismissing the incident as an acceptable risk of the job, think about this: the dog, a pit bull, had a known history of aggression. Prior entries in the computerized behavioral records stated that the dog had previously bitten but did not break skin. Another entry cautioned, “Be cautious of this dog—dog will growl, bare teeth and tries to bite as I’m trying to open the kennel door to pick up empty food bowl.” Romero was rushed to the hospital in critical condition and may need numerous reconstructive surgeries.

The article goes on to describe other incidents where dogs who were known to act aggressively were offered to the public for adoption. But the problem is far from being limited to one or a network of shelters. There have been numerous incidents where dogs adopted from various shelters or rescues have bitten a person or injured or killed the other dog in the home. The “no kill” policy of some organizations, stretched beyond what “no kill” was meant to be (no euthanasia unless a dog is dangerous or seriously ill), allowed those dogs to be adopted in the first place.

I spent a lot of time in the ’90s at L.A.’s West Valley shelter, first as a volunteer and then volunteer coordinator, often spending 30-40 hours a week there. I was also an emergency hire for the East Valley shelter. And I’m the first to say that it can be difficult to judge a dog’s behavior in a kennel environment, especially since many are fearful when first impounded. These dogs are in a new environment surrounded by unfamiliar smells and sounds, not knowing what to expect, and unfamiliar people are entering their space. Showing teeth or even growling while backing away under those conditions are not, in my opinion, unforgivable sins indicating euthanasia. The dog should be given a chance to acclimate and settle in before being assessed for temperament, especially since a previous owner’s description of behavior might not be accurate. However. There are dogs who come in with known bite histories, who show aggression toward kennel or rescue workers, and who are still adopted out. Why? So the organization can proudly boast about how they’re “no kill?” Again, this is not what no kill was meant to be.

While the dog who is still up for adoption after biting, injuring or worse is awaiting a home, he is taking up the space of a perfectly nice dog, or more likely many adoptable dogs, who will be euthanized because the rescue or shelter has no space. How does that benefit dogs? And what about the dog with known aggression issues who is adopted into a home? Whose fault is it if the dog injures or even kills a person or another dog? The blame lies squarely on the shoulders of whoever knew about those issues and still made the decision to send a potential deadly weapon out into the public. If more rescues and shelters were held legally accountable, I wonder how many aggressive dogs would be adopted out.

The other issue is that dogs who are difficult to adopt out because of aggression or unstable temperament sit in shelters or rescues for months and sometimes even years, and many are miserable. There is a vast difference between a legitimate rescue keeping a dog long-term while providing physical and mental stimulation, affection and training, etc. until the dog can find a home, which is laudable, and keeping a dog who could pose a danger locked up until…what? Until the dog degenerates mentally and physically? Until he can go back out into the general public and yet again pose a danger? 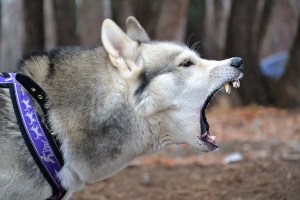 If you’re not a dog trainer, you might not be aware of the divisiveness in the dog training world. (Hint: Think of our current political climate.) If you are a trainer, you no doubt know all too well what I’m talking about. This is nothing new and, sadly, this is not the first time I’ve written about it. The Training Wars have been going on for many decades, and are showing no sign of letting up.

The core issues in the ongoing debates revolve around training tools and methods. On one side, there are those who call themselves “positive trainers” and on the other, those who may term themselves “balanced trainers.” “Positive” refers to the use of positive reinforcement to teach and maintain skills, often in the form of treats, although sometimes toys and other reinforcers are used. Positive trainers use various training tools, but often eschew e-collars (a.k.a. shock collars) and many do not use choke chains or prong (a.k.a. pinch) collars. The focus is on teaching the dog what is expected, and then rewarding successful behavior. Those who call themselves “balanced trainers” may also use treats and positive reinforcement to train, or use alternate reinforcers such as praise, but are generally more willing to use punishment to enforce behaviors. Now, here’s where it gets tricky; that doesn’t mean positive trainers never use any form of punishment, or that the punishment used by balanced trainers is harsh physical punishment. Since “punishment” is defined as anything that lessens the likelihood of the behavior repeating, punishment can range from a verbal “No!” to a harsh jerk on a choke chain, and so on. The problem is, those stereotypes are invoked whenever the Training Wars commence.

Positive trainers are often painted as ineffectual, overly lax, “cookie-slinging weenies” who are afraid to even say, “No” when a dog does something wrong. On the other hand, I’ve seen Balanced trainers portrayed as shock collar-wielding monsters who don’t even teach a behavior before resorting to punishment. Neither of those caricatures is typically accurate, except perhaps at the far ends of the spectrum. I have seen trainers use treats prolifically but fail to teach rules and boundaries effectively. I’ve also seen trainers teach dogs not to take food off a table by using a shock collar, when a simple “leave it” would have sufficed. But again, most trainers fall somewhere in the middle. Most would agree that ridiculously harsh methods like helicoptering or hanging a dog have no place in dog training. Beyond that, it helps no one to sling mud when the bottom line is that most trainers are in it because we love and want to help dogs.

I recently saw a conversation on Facebook—that hotbed of civility—where training tools were being discussed. “Discussed” is a nice word for it. The post showed an image of various training tools, and inferred that all trainers should understand how all training tools worked. Well, you can imagine the riot that incited! Much dog-poo-slinging ensued. The thing is, I agree, for the most part. Although I would never put an e-collar on a dog, I do want to know that there are multiple settings and warning beeps and such, so that I can have an intelligent conversation about it if the topic comes up, rather than assuming that the trainer who uses it is someone who slaps a collar on a dog, presses a button, and causes a dog to shriek in pain. Again, it’s not a tool I would ever use or recommend, but being informed does not equal condoning.

At a seminar I taught a while back, the hosts pulled me aside beforehand and whispered that a few people had signed up that I might not want there. They weren’t sure what to do. Should they let them in? I asked what the problem was, and they said the registrants were from a local “balanced trainers” group. I couldn’t understand what the problem was. After all, they’d paid to be there, so they must have at least somewhat of an open mind–unless there was a bag of tomatoes I’d missed. Who knows, I might change someone’s mind about something, or at least plant a seed. Or, maybe something they said might cause me to understand a bit more about a different view. The point is, just like politics, if we have knee-jerk reactions when others have different policies than we do, and simply demonize them without making any effort to understand, the climate is never going to change. Have you ever seen someone change their mind about a training method or tool because they were being berated or bullied? Me, either. But I have seen trainers gradually change their methods by being shown the success of other ways, or because someone was willing to talk with them without speaking down to them, and they were willing to listen. At the very least, we can agree to disagree.