Are Dog Parks Worth the Risk? 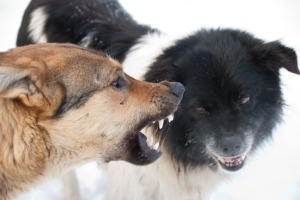 Recently, a woman took her dog to the dog park for some fun and exercise. She envisioned him frolicking with other dogs and coming home happy and tired. Instead, the poor dog came away needing surgery to save his life, along with more than 10 puncture wounds. I saw the photos; suffice it to say they were both sickening and heart-wrenching. Just a few days later, another woman posted on Facebook about an encounter at the same dog park. Her dog had been attacked, had suffered serious damage to a limb, and needed to be rushed to the vet. The owner of the other dog refused to acknowledge that her dog had done anything wrong, and fled the scene.

Fortunately, both of these dogs will recover—physically, at least. As anyone who has ever suffered a bodily assault knows, the toll goes far beyond physical injury. The extent of emotional damage to any dog who has been attacked depends on the seriousness of the attack and on the temperament of the individual dog. For some dogs this type of encounter can, understandably, result in a fear of other dogs. And as any trainer worth her salt knows, that can translate to fear-based reactivity, which most people call aggression.

Does every encounter at a dog park result in physical or emotional damage to dogs? Of course not. But you might be surprised at how many dogs are having no fun at all, despite what their owners might think. When I was putting together my seminar Dissecting the Dynamics of Dog-Dog Play (for DVD click link), I needed lots of video of dogs playing. One of the places I spent time at was our local dog park. I filmed hours and hours of various breeds and sizes of dogs playing together. Although I was already aware that some dogs enjoyed playing more than others and that some encounters were definitely not positive, when I reviewed the footage in slow motion, I was shocked. Sure, there were examples of safe, non-threatening play. But there was also a myriad of instances in which dogs were practically traumatized as their owners stood by, totally unaware. One example comes instantly to mind: Within seconds of a man and his medium-sized mixed breed dog entering the park, the dog was rushed by other dogs who wanted to inspect him, as is typical in any canine group. But one of the greeters clearly scared the newcomer, who then lunged and snapped. The owner gave his dog a verbal warning for that defensive action and kept walking deeper into the park. Another dog approached and this time, with his tail tucked, the dog snapped and lunged more intently. The owner grabbed him by the collar and chastised him. Over the next five minutes, the dog had four more encounters that resulted in his being punished by the owner, each time more harshly. It would have been clear to anyone versed in canine body language that the dog was afraid, and was becoming more and more reactive because he was on the defense. It was difficult to stand there filming, and I considered aborting to go and speak with him. Just then, a woman who was a regular there approached and struck up a conversation with the man. Thankfully, she was able to convince him that his dog was scared and to leave the park. I’m sad to say that this was far from being the only negative encounter I filmed. More importantly, this sort of thing happens daily at dog parks across the world.

By now you’re probably thinking, Gee Nicole, how do you really feel? The thing is, I’ve seen the flip side as well. I’ve watched a group of ladies who meet at the park most mornings with their dogs. They’re savvy about canine body language, and although they enjoy socializing with each other as their dogs play, they constantly monitor the action. If play begins to become too heated, they create a time out by calling their dogs to them for a short break before releasing them to play again. In this way, they prevent arousal from escalating into aggression. The dogs all know each other and for the most part get along well. I have absolutely no problem with this type of scenario. Unfortunately, it’s far from being the norm. The typical scene at a dog park includes a random assortment of dogs whose owners range from being absolutely ignorant about dog behavior to being well informed, with most of the population falling somewhere in the middle. And why not? They’re not dog professionals, but loving owners who simply want their dogs to get some exercise and have a good time. In most cases, they’re not aware of the subtle or not-so-subtle signals that could indicate danger, or even that dangers exist. Comments like, “Ah, they’re dogs, they’ll work it out,” and “Oh, he’s fine” abound. It’s strange if you think about it: if you were the parent of a young child, would you send him in blindly to play with a group of kids that possibly included bullies and criminals? Wouldn’t you at the very least stand there and observe the play for a few minutes before allowing him to join the fray? If you did allow the child to participate, would you not keep an eye on him and leave if you felt there was a potential threat? And yet, at the dog park, the majority of owners never do those things.

In the best of all worlds, there would be mandatory education for dog park attendees as well as a knowledgeable staff member or volunteer at every park to monitor the action and to stop dogs who are known to be aggressive from entering in the first place. Perhaps a membership model would make this possible. Unfortunately, that is not the reality. And so, it falls to we owners to be advocates and protectors for our dogs. That means if you absolutely insist on taking your dog to a dog park, that you scan the environment before entering, that you monitor your dog’s play even while chatting with other owners, and that you intervene even to the point of leaving if necessary when you feel something is not right, even if that means facing social ostracism. Personally, I prefer play dates with known quantities rather than a park full of potential aggressors who might do serious physical or emotional damage to my dogs. If I do take mine into the dog park to run around, it’s during off hours when the park is empty. You might find this over the top or even paranoid. That’s okay. If you heard all of the stories I’ve heard over the years and seen all of the damage I’ve seen, you might think twice about whether dog parks are worth the risk.
____________________________________________________________________________________________
You can find my books, seminar DVDs & more at www.nicolewilde.com. Don’t want to miss any blog posts? Subscribe at the top of the page. If you’d like to free receive training & behavior tips, sign up for Training Tips Tuesdays at www.nicolewilde.com (click the Join Nicole’s Inside Scoop button).  You can also follow me on Facebook and Twitter.

This entry was posted on Tuesday, October 17th, 2017 at 5:23 pm and is filed under Uncategorized. You can follow any responses to this entry through the RSS 2.0 feed. Both comments and pings are currently closed.

27 Responses to Are Dog Parks Worth the Risk?