Do Little Dogs Get Away With More? 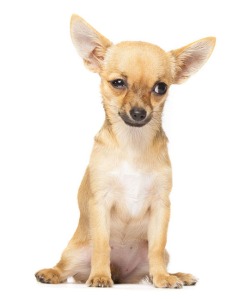 Scrolling through my Facebook newsfeed, this headline caught my eye: “Pet Pomeranian Kills 6-Week-Old Baby Girl.” Now, any incident where a dog kills a child is horrific, but this one was also unusual. I mean, cute, fluffy Pomeranians aren’t exactly known to be a menace to society. It’s always particularly shocking when small dogs cause extensive harm since they are, by definition, less capable of inflicting physical damage than their larger, stronger counterparts.

Too many times, I’ve heard some version of, “He’s bitten me a few times; he’s bitten my daughter once, and my son’s friend, too. Oh, and then there was the neighbor…” The subject of these confessions are almost always small dogs. I can’t help think that had the dog been a hundred-plus-pound mass of muscle, the problem most likely would have been—excuse the unfortunate pun—nipped in the bud after the first occurrence. These situations are perpetuated too by the fact that fewer people will report a bite from a smaller dog than one from a large dog. Men in particular seem to be reluctant to walk in to their local animal control department, roll up a pants leg, and say, “Look what that mean Chihuahua did to me!” It’s unfortunate that aggression in small dogs is sometimes not taken seriously until it’s too late. What “too late” often looks like is someone outside the family getting bit, the family getting sued, and the dog being euthanized.

The paradigm of small dogs equaling small problems is also apparent when it comes to potty training. I’ve lost track of how many homes I’ve visited where the Maltese, Bichon, or (insert your favorite small dog breed) has been soiling the house for… wait for it…years! Yes, actual years. I’ve wanted to loan some of those people a 120-pound Rottweiler to see how quickly their vigilance increased. Again, with small dogs, some issues just seem…smaller.